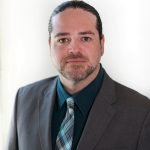 Michael Bradley attended East Ascension high school in Gonzales, La., where he played football, ran track, and was a member of numerous scholastic organizations. During Michael’s senior year in high school, he was nominated president of his senior class and graduated with honors.

In fall of 1995, Michael declined a scholarship to Tulane in order to accept a scholarship at the Louisiana Scholar’s College located in Natchitoches, La. During his time there, he became a class senator and a member of Tau Kappa Epsilon fraternity. Michael graduated and earned his Bachelor of Arts in 1999.

After being sworn in and passing the bar in 2006, Michael Bradley began his legal career in civil law before focusing on criminal law. He decided that civil litigation was not where his passion lied. Michael took a public defender position at the 22nd Indigent Defender’s office in Covington, La. before entering into private practice as a Partner at Bradley & Almerico, LLC. In 2018, Michael founded Michael S. Bradley Law Firm, LLC.

While at the public defender’s office, Michael had the highest plea to dismissal ratio of any public defender in Louisiana. He has successfully represented thousands of clients throughout Southern Louisiana that have been charged with a crime, as well as clients in the family law and personal injury law areas.

Michael Bradley currently resides in Arabi, La. with his wife, Chrissy, of 17 years.